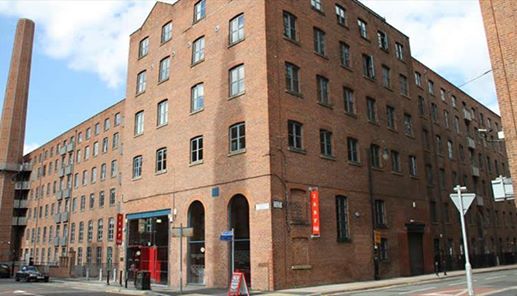 We are excited to be teaming up with new research collective Feminsims in Public for a special event showcasing past and present MMU Writers – full details are below.

Researcher collective Feminisms in Public has teamed up with multi award-winning literature organisation Bad Language to present An Evening with MMU Writers, an event that takes an alternative look at writing talent from Manchester Metropolitan University.

The writers on the evening’s line-up include winners of the Bridport Prize, Not the Booker Prize and a British Fantasy Award, all of whom will read pieces that creatively respond to the theme of gender and sexuality. A unique insight into the creative work taking place as part of and alongside world-leading research, An Evening with MMU Writers will take place at the International Anthony Burgess Foundation on 13 June. Tickets are free, and can be booked via Eventbrite.

Kim Moore is a multi award-winning poet: she won a New Writing North Award in 2014, an Eric Gregory Award in 2011 and the Geoffrey Dearmer Prize in 2010. Her collection If We Could Speak Like Wolves was chosen as an Independent Book of the Year in 2012, and The Art of Falling was published by Seren in 2015.

Natalie Burdett’s poems have been published with Ink, Sweat & Tears, Under the Radar, in anthologies A New Manchester Alphabet, and The Emma Press’s This is Not Your Final Form. She has been shortlisted for the London Magazine and Bridport prizes.

Zaffar Kunial published a pamphlet in the Faber New Poets series in 2014 and was Poet-in-Residence at the Wordsworth Trust the same year. In 2011 he won third prize in the National Poetry Competition with ‘Hill Speak’.

Rachel Davies, who is on the Poets & Players organising committee, has been published in a number of journals and anthologies, including The Interpreter’s House and Not A Drop. She’s also been a winner in several competitions, including the Manchester Cathedral Poetry Competition.

Hilary Robinson has been published by The Interpreter’s House, Avis, Obsessed by Pipework, Morning Star and Beautiful Dragons Press. Hilary was shortlisted in the 2016 YorkMix competition and has been involved in several collaborations with composers – including Manchester’s Rosamond Prize and the Leeds Lieder Showcase.

Mark Pajak, author of the Bridport Prize-winning poem ‘Spitting Distance’, was commended in The Poetry Society’s National Poetry Competition and has been published in Magma, The North and The Rialto.

Sue Fox is the author of transgressive novel The Visceral Tear; a lecturer in Film and Media Studies, she has exhibited internationally and appeared on Channel 4’s Vile Bodies series.

Michael Stewart was the winner of the BBC Short Range competition in 2002 and the BBC Alfred Bradley Award in 2003. His debut novel, King Crow, was awarded the Not the Booker prize by The Guardian newspaper in October 2011.

Polly Checkland Harding is an award-winning journalist who has been published in Confingo, Lighthouse and The Manchester Anthology; she was commissioned to write a short story for Manchester After Hours 2016.

Nicholas Royle is the author of seven novels, two novellas and a short story collection. Head judge of the Manchester Fiction Prize, he also runs Nightjar Press and works as an editor for Salt Publishing.

2 thoughts on “An Evening with MMU Writers – June 13th”