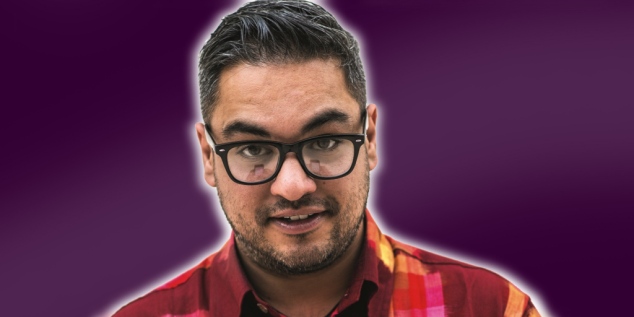 Bad Language’s headliner in March is the amazing Nikesh Shukla.

Nikesh was shortlisted for the Costa First Novel Award, won Best Novella at the Sabotage Awards, and his novel Meatspace was compared by the Guardian to Douglas Coupland’s Generation X. He is a movie writer, podcaster and former writer-in-residence for BBC Asian Network and Royal Festival Hall.

With Sunny Singh and Media Diversified, Nikesh recently launched the Jhalak Prize For Book Of The Year By A Writer Of Colour. This followed growing calls for better representation of BAME writers in UK publishing. He is also editor of the forthcoming essay collection The Good Immigrant.

As ever, we have ten open mic spots which this month are filled by: